The First Battle of Panipat (21 April 1526) fought near a small village of Panipat( Haryana), this marked the beginning of Mughal Empire in India.

The battle was fought between the invading forces of Zahir-ud-din Babur and the last empire of the Delhi Sultanate, Lodi Empire during the rule of Ibrahim Lodi.

Babur’s army used guns which proved to be decisive in the battlefield but the Sultan lacked any field artillery.

Moreover, the sound of the cannons used by Babur’s army frightened Lodi’s elephants, causing them to trample Lodi’s own men.

The weapons were not all, it was Babur’s tactics of Tulughma and Araba that led him to victory.

Tulughma: it meant dividing the whole army into various units, viz. the Left, the Right and the Centre.

The Left and Right divisions were further subdivided into Forward and Rear divisions.

Through this a small army could be used to surround the enemy from all the sides.

Araba: the centre forward division was then provided with carts (araba) which were placed in rows facing the enemy and tied to each other with animal hide ropes.

Behind the Araba, cannons were placed which could be fired without any fear of being hit as they were shielded by the bullock carts which were held in place due to the hide ropes holding them together.

About the Battle in Detail

The Babur was the Timurid ruler of Kabulistan and in 1526 defeated the Sultan of Delhi, Ibrahim Lodhi’s huge army. The battle took place near the small village of Panipat, present-day Haryana state. No doubt the area has been the site of several decisive battles for the control of Northern India since the 12th Century.

It is estimated that the forces of Babur were numbered around 15,000 men and 20 to 24 pieces of field artillery. According to the Babur estimation, Lodhi had around 100,000 men, included camp followers and the fighting force was around 30,000 to 40,000 men in total with at least 1000 war elephants. 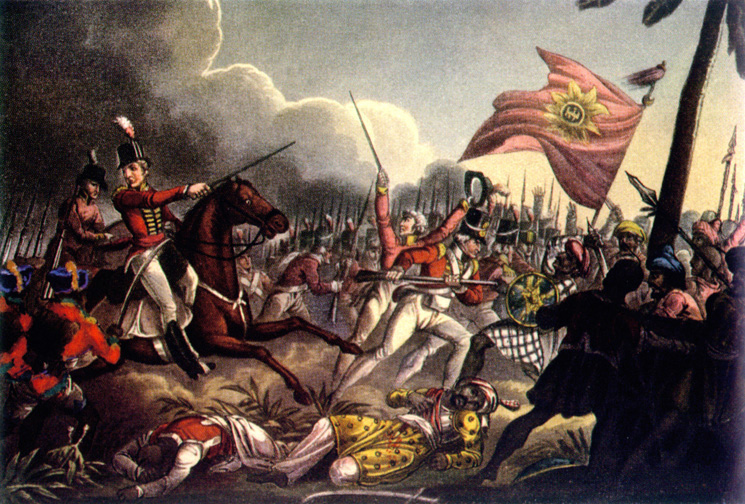